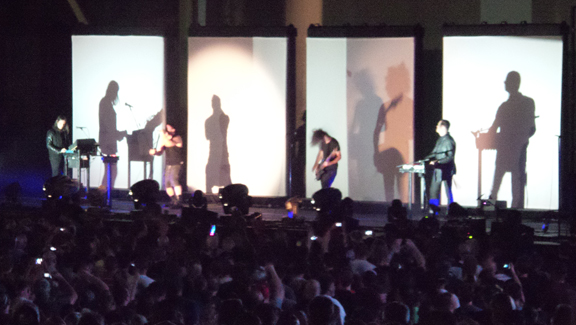 I had an awesome time getting to see Nine Inch Nails for the second time in less than a year with two of my closest friends Mary and Sam. The show was amazing as it was different than the 2013 San Antonio show during the Tension 2013 tour. It started simply with Trent on the stage solo and then began unfolding from there with the rest of the band joining in. Nonstop dance fest and singing for the rest of the night with their set spanning all of their albums that have been released! I had so much fun as it was also my first time to see a show at the Austin 360 Amphitheater. Soundgarden opened for them. The only other time I have seen them was in 1994 during the “Superunkown” Tour at the Sunken Garden Theater in San Antonio, Texas. “Black Hole Sun” sounded as amazing today as it did over 20 years ago. It was cool to hear it live again. Thanks again Sam and Mary for getting the tickets and taking me to the show! It was an awesome experience!