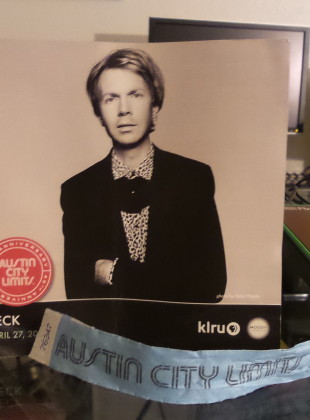 I entered for a chance to win 2 tickets to the ACL Live taping of Beck and won! According to the email I received literally the day after I entered (which I think was the last day to enter the drawing), I was chosen out of 15,000 entries. I had a blast as he started the set with some older tracks and then played his new tracks. It was really cool as he played the new stuff twice in order to get two takes of each song from the new album on the set. Once the acoustic portion was done, Beck then launched into more of his older tracks! I will be looking forward to the premier broadcast on KLRU here in Austin.